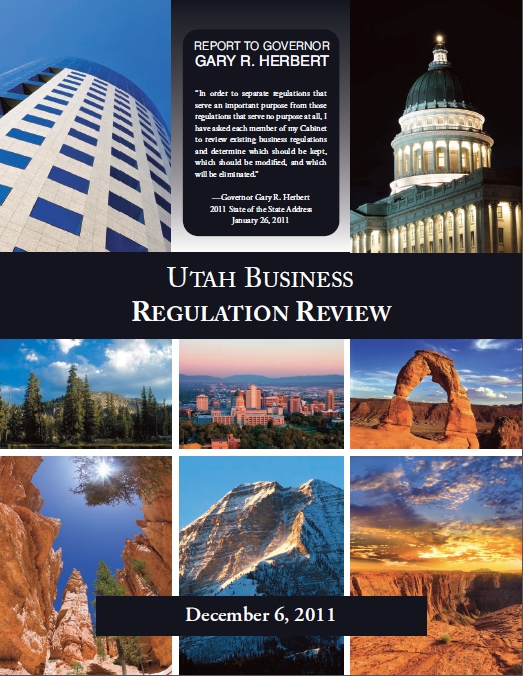 On Tuesday, December 6, 2011, Governor Gary R. Herbert announced the results of a comprehensive review of all of Utah’s business regulations and the release of the report, Utah Business Regulation Review.  This report documents the efforts of state agencies’ to respond to the governor’s call to review existing business regulations. In addition to summarizing agencies’ responses to the Governor’s request, the report also includes an analysis of rules conducted by the Governor’s Office, and feedback from over 100 business associations and over 300 survey responses from individual businesses. The report is available from the Division of Administrative Rules’ web site at http://www.rules.utah.gov/reports/2011UtahBusinessRegulationReview.pdf . As part of the announcement, Governor Herbert also signed Executive Order EO/013/2011 entitled “Establishing Effective Oversight Over State Agency Rulemaking”.  This order updates requirements found in orders issued in 1979, 1986, and 1988.  The order establishes additional procedures for agencies to follow when promulgating rules. The order: The full language of the executive order is available online at http://www.rules.utah.gov/execdocs/2011/ExecDoc151876.htm.